Members of the Board of Directors:

Honorary Members of the National Advisory Board: 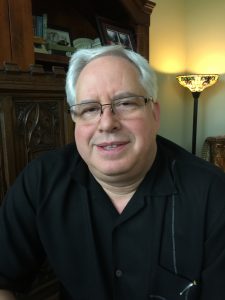 Dr. J. Douglas Crowder, MD: Co-Founder, President and Chairman of the Board of Directors

J. Douglas Crowder, MD: Co-Founder, President and Chairman of the Board

J. Douglas Crowder, MD, is a Forensic Psychiatrist in Dallas, Texas. He shares his wisdom and leadership. It is very important to reach out for help to experience healing should you ever be a victim. Do your best to help someone get help should you know someone who is a victim of abuse. As a victim, taking care of unfinished business is extremely important for one to experience healing, wholeness and to end a cycle of abuse.

If You Have Been a Victim

You may have experienced complete healing. Many of us would rather suppress the abuse we experienced. The abuse is never really suppressed, we are fooling ourselves by failing to deal with possible abuse issues. Forgiving our parents, one-self, other relatives, friends, acquaintance and strangers begins by exploring patterns that perpetuate dysfunction and abuse. We hope this will help you to uncover a process of healing from family dysfunction, abuse secrets, family habits of abuse or habits of those that may have victimized you and to adequately deal with obstacles that have profoundly shaped your life both in positive and negative ways.

We hope the information and videos contained within this Web site https://hopeforchildrenfoundation.org/ will help you and your family in many ways but to especially prevent any future actions of abuse similar to what may have been perpetrated against you or someone you love.

Sincerely wishing all of you the very best in life! On behalf of the children and adults we serve throughout the United States, thank you for taking a stand to end abuse.

The Board of Director Members, and the

2016 Member Board of Directors

Co-Founder of Hope For Children Foundation, since 1997, incorporated April 2, 1998

He served as the Vice President when the organization started. In the year 2000, he was nominated and elected as President and Chairman of the Board of Directors. He has continued to serve in those positions to date. He has only missed one board meeting in the eighteen years since the organization was incorporated.

He has treated many individuals victimized by domestic violence and/or sexual assault while working in his profession as a Psychiatrist. He makes financial sacrifices as a non paid volunteer board member of Hope For Children Foundation. Dr. Crowder’s valuable expertise is a great asset to the mission of Hope For Children Foundation. He contributes to the success of the organization.

Dr. Crowder graduated from the University of Texas Southwestern Medical Center at Dallas in 1980. He works in Dallas, TX and specializes in Psychiatry and Forensic Psychiatry.

Psychiatrists diagnose and treat mental illness, such as depression, anxiety disorders, substance abuse, and schizophrenia. Most psychiatrists rely on a mix of medications and psychotherapy.

2016 Member Board of Directors, Officer, Treasurer/Secretary Hope For Children Foundation

Patricia L. Hope Kirby is the Co-Founder of Hope For Children Foundation.

She, along with the founding members, incorporated Hope For Children Foundation on her mother’s birthday, April 2, 1998, in the State of Texas. The organization was named in honor of her parents, Mr. and Mrs. James W. Hope. This non-profit, IRS 501(c)(3) charity for children, was authorized as a 501(c)3 by the United States Treasury Department in 1998. It has continued in business since that time, to date.

Patricia Kirby served as President, and the Executive Director, when the organization started. She has served voluntarily as a member of the board of directors. She is a paid staff member, as the Executive Director. In the year 2000, she voluntarily stepped down as the President. She continued serving as a member of the board of directors. In addition, she was nominated and elected to serve as the Chief Financial Officer, for the last several years. She has not missed a board meeting since the organization has been established.

Patricia experienced a personal tragedy concerning her family beginning in 1988. This unfortunate tragedy motivated her to start Hope For Children Foundation in 1997, in hopes of preventing other children and families from experiencing abuse, torture, trauma, and injustices concerning children and their protectors. The mission of the organization is intended to benefit children, their families and others throughout the United States of America, with efforts stretching globally.

Patricia specializes in loving children. She has devoted her life to loving and caring for children. She believes every child has a God given right to be loved, nurtured and protected. Hope For Children Foundation gives her the opportunity to touch the lives of children in a positive and lasting way.

Patricia also has a special interest in music. Her musical achievements were extensive. She was awarded the honor of First Violinist and Concert Master of her Orchestra Class while attending middle school. Her tenacious character did not allow her to give up when faced with the obstacles of beginning to play a musical instrument. This early experience of overcoming what initially seemed impossible, resulted in overall positive teamwork experiences. She learned to harmonize with others for the benefit of all involved. These steps helped shaped her abilities to do the same with “hard-core” real life issues, such as child abuse. Her goal is to see this nation better protect precious children from crimes of sexual assault and domestic violence; a cause dear to her heart.

“Crimes Against Women and Their Children, Law Enforcement, Prosecution and Judicial Accountability”

(The original training was a two-day conference, conducted numerous times throughout the State of Texas. Through the years the training was and is currently extended and offered to each State of the Nation through the power of the Internet.)

This two-day multi conference was approved for Certification and Re-certification for Continuing Education Credits by the following State of Texas Agencies:

Texas Commission on Law Enforcement, for 16 hours of accredited continuing education from TCLEOSE for police, sheriff, justice of the peace, other law enforcement officers, upon satisfactory completion.

The Texas Center for the Judiciary, 15 MCLE Hours approved through the Rules of Judicial Education accredited continuing education for judges, who completed the course.

This two-day multi conference was Certified for Continuing Education Credits for physicians, psychiatrist, psychologist, nurses, counselors, CPS workers, mental health workers, and other medical professionals; Certification and approval for this course was authorized by:

The University of Texas Southwestern Medical School at Dallas

This two-day multi conference was Certified for Continuing Education Credits by these Texas Colleges:

Hiring of English Teachers from the United States, Dominican Republic and France

Director: Music Department and conducted the Easter and Christmas televised Concerts of Students

Certification through School of Tomorrow

She received her Texas Broker’s License and maintains her license to date, although does not practice real estate at this time. A personal tragedy occurred in her life after working in the real estate industry for about 10 years. The tragedy motivated her to establish the non – profit charity, Hope For Children Foundation.

Specialty: Developing Curricula for the benefit of children and adults surrounding issues of sexual assault and domestic violence – investigation, law enforcement, prosecution, and judicial accountability; to better protect children and adults. Orchestrating professionals to support healing treatment expertise for those who suffer from sexual assault and/or domestic violence victimization.

Filmed, edited and produced 16 Hours of Training Videos to benefit attendees of Hope For Children Foundation Seminars and Online Training

“Crimes Against Women and Their Children, Investigation, Law Enforcement, Prosecution and Judicial Accountability”

Patricia Kirby gained much support from various law experts, medical doctors, victims, survivors and many other experts and professionals in the industry to create, design, approve, produce and edit for final print distribution, a 724 Training and Resource Manual Entitled:

“Crimes Against Women and Their Children, Investigation, Prosecution and Judicial Accountability”

Numerous presentations were and/or are currently being made through training seminars in many cities located in the State of Texas; and/or online nationwide – extending globally through the power of the Internet.

Various Publications can be read by accessing the Web site: https://hopeforchildrenfoundation.org/ via Posts and Newsletters

Innovative: Patricia Kirby, through Hope For Children Foundation was the first to use the “Big Screen” in movie theaters as a venue for training law enforcement officers, medical professionals, attorneys, judges and others, via the big screen. This was accomplished sixteen years ago in Waco, Texas during a two-day Training Conference organized by Patricia L. Hope Kirby, Executive Director of Hope For Children Foundation.

Sheree Baur serves voluntarily as an elected board member of Hope For Children Foundation. She has not missed participating in a board meeting during the eleven years of volunteer service with the children’s charity.

Sheree is the proud mother of six children. She understands the importance of children being loved, nurtured, educated, guided, character building and a host of other life building environmental needs for the mental and physical healthy of everyone. She serves as an elected member of the board of directors for Hope For Children Foundation on a voluntary level to benefit children and their families throughout the United States of America

Sheree Baur serves as a member of the board of directors for Hope For Children Foundation dudring the years 2002, 2007 – Present.

Sheree Baur graduated from Mansfield Business School with a Degree in Business Management in about 1999.

She attended Southwestern Assembly of God College, now (University) from 1998 – 1992.

She has worked in the Dallas County area schools since 1984, specializing in academic development for children.

Dr. Clarice Grimes MD, has served as a board member of Hope For Children Foundation, in Dallas, Texas, for twelve years. She also served as an Officer of the board of directors in the years, 2005 – 2011.

She is very knowledgeable concerning individuals victimized by domestic violence and/or sexual assault. Her sacrifices are appreciated as a non-paid volunteer board member of Hope For Children Foundation.

Dr. Grimes is affiliated with the following hospitals.

She is an advocate for social justice as reflected in her vocation and her volunteer work with Hope For Children Foundation as a board of director. She is very knowledgeable concerning individuals victimized by domestic violence and/or sexual assault. Her sacrifices are appreciated as a non-paid volunteer board member of Hope For Children Foundation.

Center for Counseling and Psychological Services

Member, Board of Directors

As a member of the board of directors of the HLC (founded by Margaret Mead and Dana Raphael) She contributed to program development including annual presentations at the Commission on the Status of Women Conferences at the United Nations, NY. The HLC specifically addresses issues around child sexual abuse, ritual abuse, child trafficking, child soldiers, adult survivors of child sexual/ritual abuse.

Workshop presented at the 2010 Annual Conference for the International Society for Trauma
and Dissociation, Atlanta, GA.

Pamela Noblitt was named one of Eckerd’s 100 women o 2000 in recognition of her work as a victims’ advocate. She was awarded a plaque, a $1000 grant, and an expense paid trip to Washington, DC along with her husband, Randy Noblitt, PhD.

She was named Faculty of the Year based on my efforts on behalf of students as the Academic Resource Center coordinator. She tutored graduate students in APA publication style and professional communications.

Unable to complete course of study with earlier ambitions to become a nurse when contracted tuberculosis.

I cannot thank you enough for your kindness,

Hope for Children Foundation Board of Directors